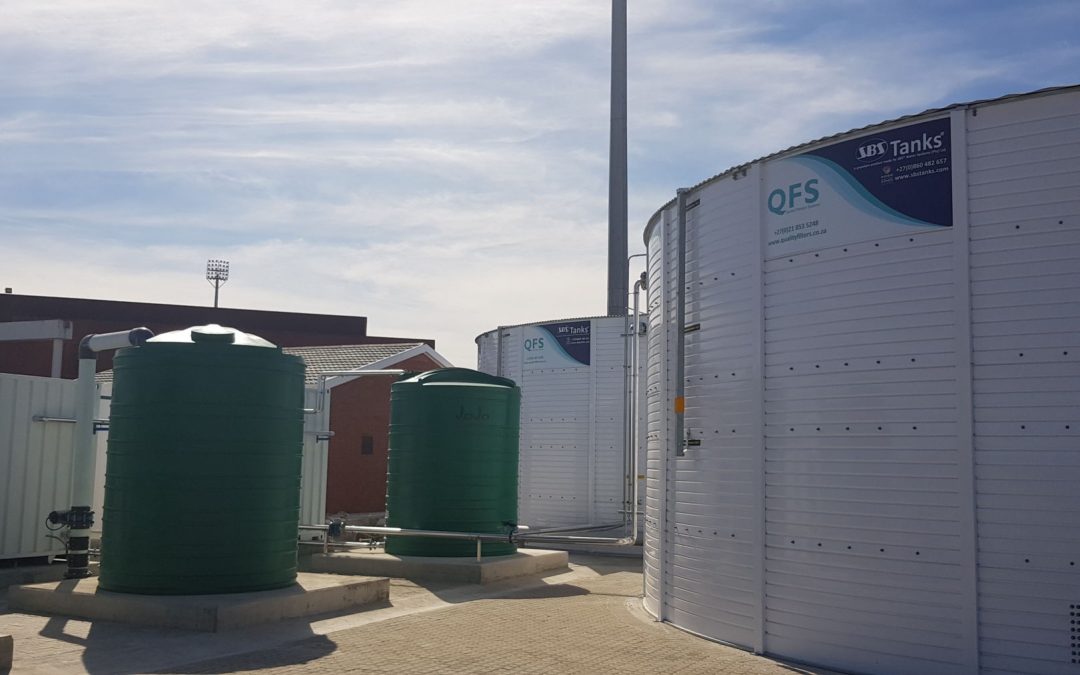 Introduction
The University of the Western Cape has recently commissioned a treatment plant to treat a blend of borehole water.  A plant has been constructed that uses a combination of processes and technologies to treat the water. The process is optimised by making use of blends and bypasses, reducing capital, operating expenses and cuts out the need for a stabilization step.

Removal of monovalent salts by reverse osmosis:
Monovalent salts, typically sodium chloride which mostly makes up brackish and seawater are not easily removed from water.  The exceptionally well organised crystal structures of these monovalent salts result in great increase in entropy when these salts dissolve.

When TDS levels need to be reduced to potable levels, or to near pure water levels, reverse osmosis is a technology that is proven to be significantly more energy efficient than evaporation and produces little chemical waste excluding the brine produced from the desalination process.

Typical osmotic pressures for sodium chloride solutions are given in table 1. The values and ranges below are taken from experience of typical boreholes encountered.

The separation is performed by a semi-permeable membrane, typically made from polyamide.

Removal of Iron and Manganese by Oxidation:
Iron and Manganese, both considered heavy metals are not effectively removed by reverse osmosis. Further to this, iron oxidizing on the membrane surface causes rapid blockage of the membrane resulting in frequent need for CIP which in turn shortens membrane life.

Apart from the levels that are above the limit, there is also calcium in the water at 120 mg/l, which is good, but scaling. The calcium can be reduced to 40 mg/l to provide a stable product water which is neither scaling nor corrosive.

The first step in the UWC plant is to oxidise the iron and elevated pH of 9.5, and then use a manganese dioxide catalyst filter to oxidise remaining iron.

The iron particles, and the other colloidal particles, bacteria and viruses are filtered by means of ultrafiltration.  The ultrafiltration therefore is used as a double goal, both for typical pre-treatment to the RO and for effective removal of iron and manganese provided the oxidation process is operating optimally.

As stated above, removal of monovalent salt takes a significant amount of energy. Since the sodium levels and chloride levels are so close, it is not required to run the full production through the RO.  Instead, the calcium levels are used as a guide, and a portion of the water is treated by RO to achieve the desired calcium levels of 40mg/l. This results in only 14 m3/h of RO permeate being produced, and the remaining raw water from the ultrafiltration to be blended to produce a total of 22 m3/h of production. This blend ratio:

Of the critical elements mentioned in this article, final water quality shows these to be well within specifications.  The following values were attained from a SANAS accredited laboratory from the final water produced on this plant.

Stability of the water, as calculated by the Langelier Saturation Index is -0.06, which is very close to the optimal zero. 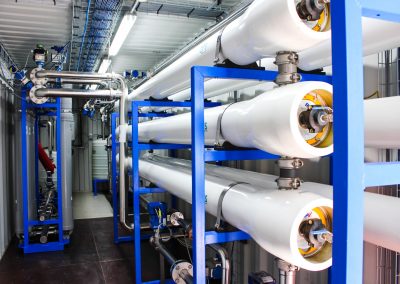 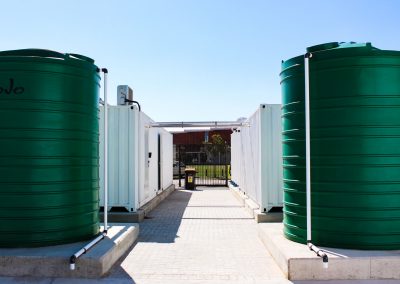 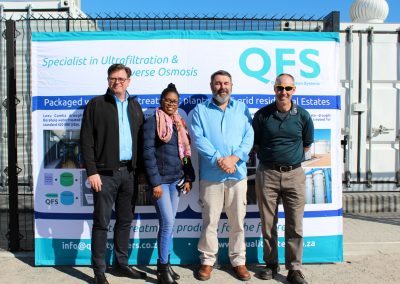